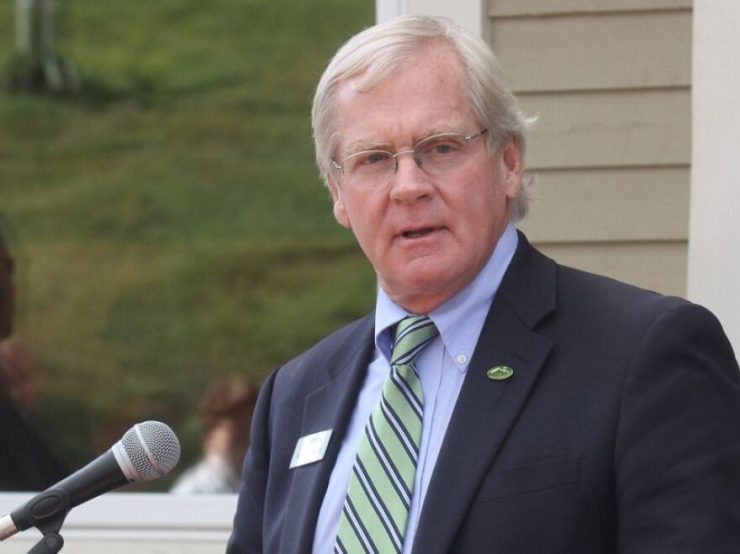 Former Jay Peak, Vermont, president Bill Stenger, 73, was sentenced by a federal judge Thursday to serve 18 months in prison and pay $250,000 in restitution for his role in defrauding foreign investors that were part of the EB-5 program.

Last August, Stenger pleaded guilty to providing false documents in a plea deal with federal prosecutors that dropped nine fraud charges against him. Prosecutors had requested the maximum sentence of five years allowed under the plea deal, and $1.66 million in restitution.

At the sentencing hearing, Stenger apologized to those involved. “I let you down. I started out with the best of intentions. I got lost along the way. I feel constant shame and remorse. I should have known better,” he said.

Jay Peak president and general manager Steve Wright gave his reaction. “While we can’t comment on the case specifically, given sentencing hearings still to come, we acknowledge both the massive campus evolution led by Bill Stenger and that investors were injured through the process—both truths exist simultaneously,” said Wright.

Six years ago, the Securities and Exchange Commission accused Stenger and then owner of Jay Peak Ariel Quiros of a “Ponzi-like” scheme that misused $200 million of EB-5 investor funds raised to support capital projects at Jay and Burke Mountain, among other projects in Vermont’s Northeast Kingdom.

Stenger and Quiros were both indicted in May 2019 in connection with the fraud, along with Bill Kelly, a close friend and adviser to Quiros. All three reached plea deals with prosecutors. Stenger was the first to be sentenced.