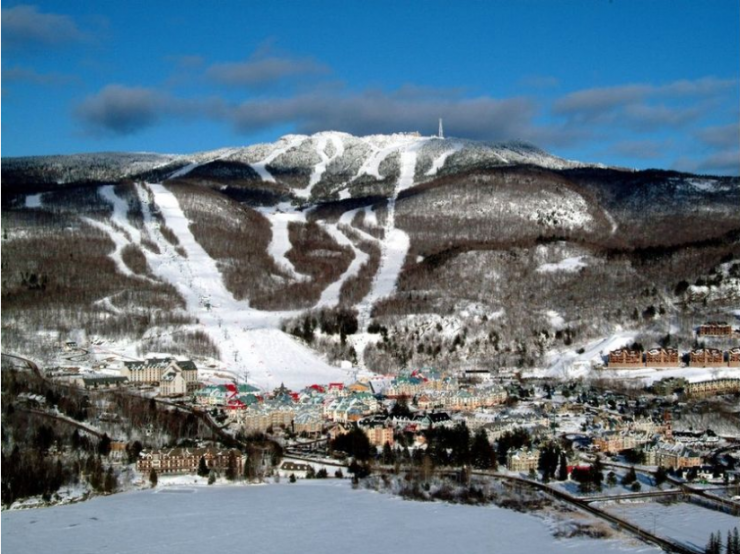 The preliminary results of the 34th Economic and Financial Study of Ski Areas show 6.3 million visits were recorded at Quebec ski areas during the 2021-22 winter season, an increase of three percent compared to 2020-21. That makes the 2021-22 season the second busiest in the last 10 years for Quebec ski areas.

The eastern Quebec regions experienced the most notable increase in skier visits, up 22 percent year-over-year, “a result associated with the heavy snowfall from last year, and all the new features offered at resorts in this area,” according to a summary from the Quebec Ski Areas Association (ASSQ).

The proportion of season passholder visits (60 percent) compared to daily visits (40 percent) has remained stable since 2020-21 across the region, according to the author of the study, Dr. Michel Archambault, emeritus professor of tourism at the Universitié du Quebec à Montreal, who reported on results at the ASSQ annual conference this week.

More than 420 people in the Quebec ski industry gathered for the conference at the Delta Mont-Sainte-Anne. The event had a record number of participants and attending ski areas (49), from 14 regions. Under the theme “The Human Dimension at the Heart of Our Actions,” the programming included various conferences and workshops on human resources issues, climate change, and customer renewal. Additionally, the trade show featured more than 50 exhibitors.

Mia Homsy and Simon Savard of the Quebec Institute presented on the economic outlook for the upcoming winter season. According to their analysis, Quebec household savings will continue to support the growth in demand for winter sports into 2022-23.

On the other hand, several other speakers advised that, more than ever, Quebec must adapt to the ongoing labor shortage because no significant expansion of the labor pool is expected in the near future. Ski areas are already working to implement innovative solutions, including the use of new technological tools for ticket sales, snowmaking, and human resource management.

The ASSQ Awards of Excellence were also presented at the conference. ASSQ’s highest honor, the Réal-Boulanger Prize, was awarded to Eddy Zajac, a claims adjuster in the ski industry for 30 years. Zajac left his mark in the industry with the establishment of the ASSQ Insurance Program. Several other industry leaders and ski areas were also honored.