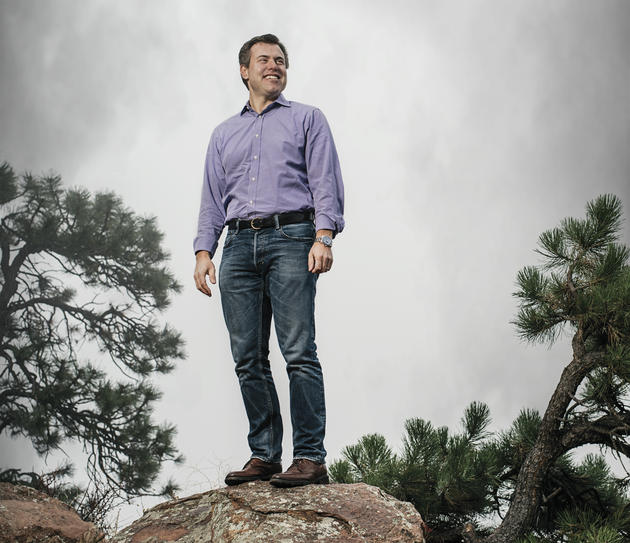 The Impact Award “recognizes those individuals or organizations whose contributions have had a significant and valuable impact to the ski industry.”

Upon accepting the award, Katz shared some thoughts around the ski resort participation surge and the general grumbling that have attended it.

“What troubles me is this anti-growth narrative that’s out there in this sport right now.”

“I’ll use my final few minutes here to get on a soapbox. What troubles me is this anti-growth narrative that’s out there in this sport right now. And I think if you read that, there was no bigger story over this last year than that [Vail Resorts] is growing too much. There’s too many people on the mountain. We heard that a little bit from some folks yesterday. And that bothers me. And the reason why it bothers me is because, although it’s true that this year, when we should all be super proud, we had a record year in total visits, that’s barely above 15 years ago, right? We can’t be an industry that thinks that if you grow barely one percent over 15 years, we’re growing too fast, right?

The entire narrative for this year was there’s too many people, too many people, too many people. But yet we know this year, like actually we didn’t have that many people. And I think the industry data aligns with this, right? We didn’t actually see peak days grow. In fact, they were lower. Most of our resorts, almost none of our resorts actually exceeded a peak day this year. And in fact, most of our resorts, literally, almost none even came close to their historical peak days. And yet the narrative was “too many people.” And that, I think, is something we all need to really take a step back and make sure we don’t want to go down that rabbit hole as an industry. I’ve been around this industry now 30-plus years, like many of you, and the thing that we talk about every year at this conference is how to grow the sport. …

So this is something I think we all have to really sit with. So you might say, well, if we didn’t really grow this year, why was this narrative out there? And I do think the narrative is out there because yeah, we did have some staffing challenges this year, for sure. Our company absolutely did. … And we have to own those issues. And I personally own those issues from this year. I’m the one who set up this season for our company, but the response to that is to address them, right? Fix those issues, invest in wages, invest in housing, make sure we have this staffing.

It’s not to all of a sudden say that we want to kick people out of the sport. Because one of the things that was most crazy, I thought, when I look back was, that the blame for this year was about season passes that were too cheap. I’ve spent 30 years in this sport talking about how the sport was too expensive. Elitist. Nobody could come in, we were charging too much. Now it’s too cheap. I don’t know about you, but as a manager in this business, I kind of feel bewildered. how can you manage through that? And I do think that some within this sport, think the solution to this was to raise prices, if low season pass prices actually introduce new people into the sport for the first time, which maybe it is doing. 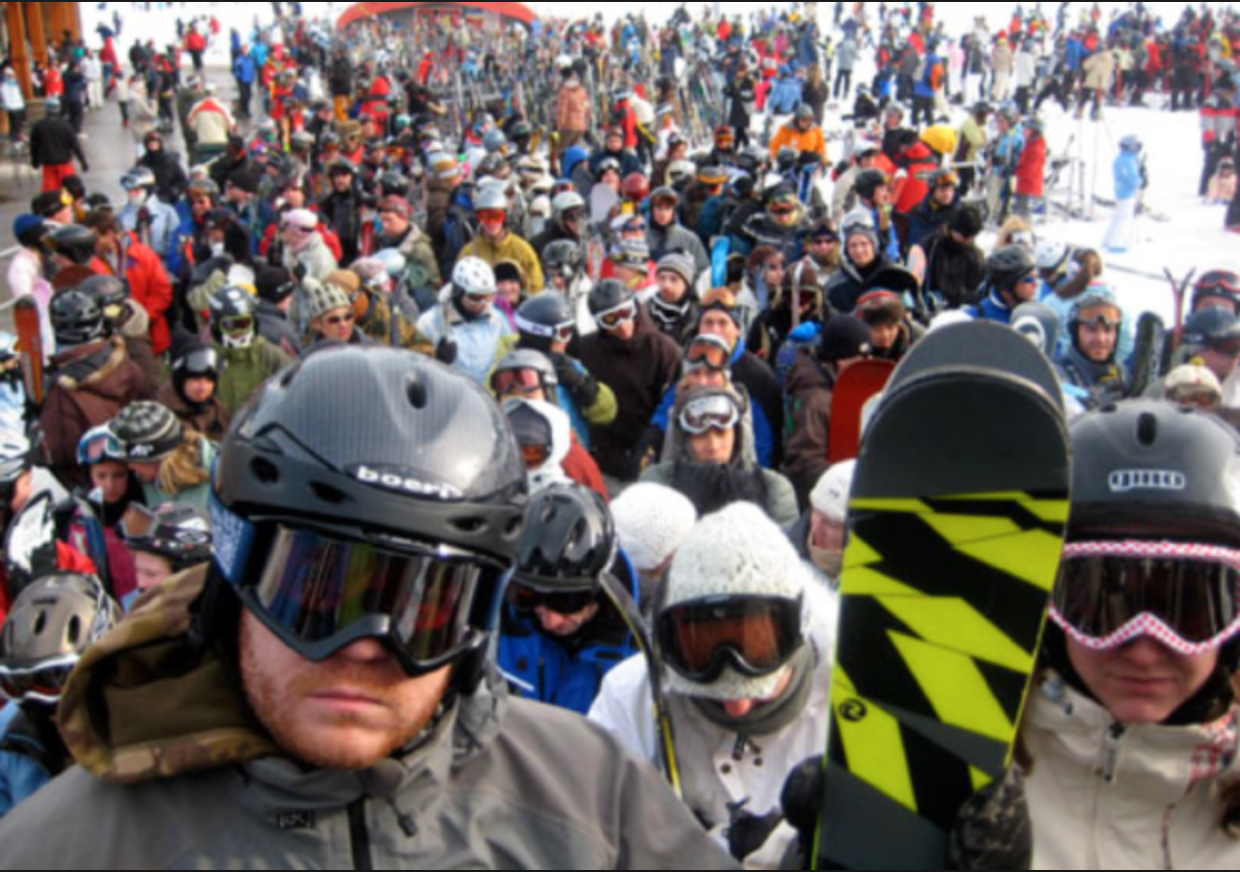 Instead of giving [the NSAA’s] Conversion Cup to that, we’re saying, “this is the problem.” Let’s raise prices and kick these people who otherwise couldn’t afford skiing back out. Come on. I’ll leave you with this thought: that is growth NIMBYism, and we need to be really careful about that in the industry, because I hear this all the time. I know all of you do too, right? Your passes are too cheap, but your ski lessons are too expensive. Right. Your buddy tickets are too expensive, but that pass is too cheap. We know of course everyone wants the mountain to themselves, and it’s not to say that there aren’t important investments that we have to make to make the experience better, but let’s not fool ourselves into thinking that bringing new people into this sport is a bad thing. Imagine if somebody in this room comes up with a way to bring people of color into the sport – something that we’ve, I, as Kirsten said, I’ve been struggling with, and we’ve all been struggling with – imagine that somebody was able to do that, right? Huge growing populations, right within the United States and around the world that are not part of this industry today. Imagine we could bring them in and let’s say somebody came up with an idea to do that. Well, what would happen really? Would they be celebrated? Really? I’ll take you back. Imagine somebody came up with a new way to slide down the mountain instead of on two pieces of wood, somebody came up with a way to come down on one piece of wood. And instead of facing this way, you faced that way, and imagine kids thought it was kind of fun.

Well, they would be welcomed with open arms in this industry wouldn’t they? celebrated? 30 years later, Jake Burton got actually this same award, the Impact Award. But when I came in as CEO, I got tons of letters saying that we should ban snowboarding, right? Still. Well that was only 15 years ago. Imagine a company came up with a way to make skiing cheaper. Much cheaper. Make the sport more accessible to people, well that would be celebrated. Wouldn’t it? Everyone would say it’s the greatest thing in the world. And of course, no one did when we introduced the Epic Pass. … So you might think, well, this is just Rob talking about Vail Resorts, you know, wanting to drive the business. And of course in part it’s true. But if we’re gonna be an industry that doesn’t celebrate new ideas and growth, then that’s gonna chill innovation across this whole room.

I think that would be too bad. Right? I want the people in this room, I hope all of you do too, to be grabbing onto any new idea, any thought we have to drive growth, to increase conversion, to bring people into the sport. That’s what we want to say, right? It is that growth that I think is actually the core of what makes this sport so fun. We should remember the founders of this industry were all about that. And we don’t wanna give that up. And yes, it is painful, just like personal growth, right? Growth is hard. People won’t like you, people. It’ll be painful to you. It’ll be painful to others. but we can’t let that stop us from figuring out how to make this sport more special. So I personally am incredibly optimistic about the industry right now. …

I personally think, yeah, regardless of what the economy is, regardless of what the snow is, I think that we are having an incredible moment in this sport. Incredible opportunity. Right. And I think it comes from the people in this room and the ability to unlock their potential, their ideas, their innovation. And so that’s what I am hopeful continues. And certainly 20 years from now, when I’m looking back, I want to see a sport, but completely different faces of different colors of different backgrounds. And that we’ve come up with ways to absolutely be a growth sport. Thanks.”

Rob Katz has groomed the trail thats enabling all of us to Ski The World!