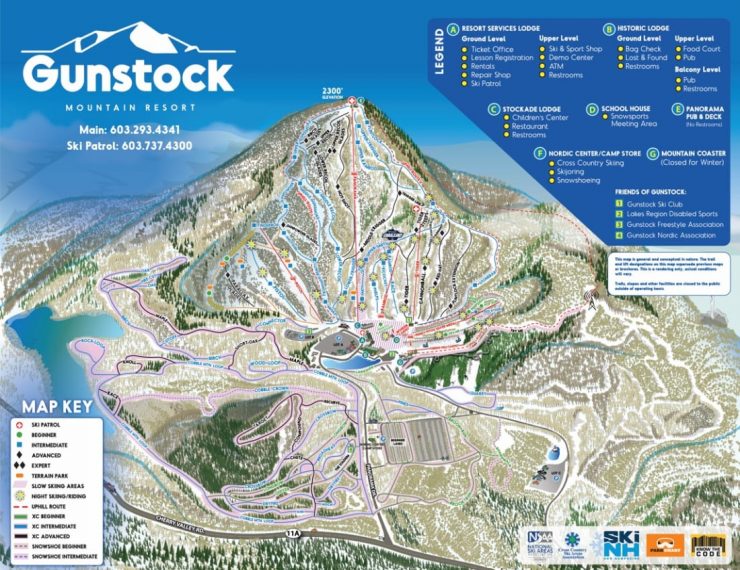 The senior management team at Gunstock Mountain Resort resigned at a Gunstock Area Commission (GAC) meeting this past week. Escalating tensions between Gunstock staff and the GAC, a five-member board appointed by the Belknap County Delegation to manage the ski area, precipitated the resignations.

The resigning team members provided two weeks’ notice however were escorted from the resort the following morning under the supervision of the Belknap County Sheriff’s Department.

The resort has since suspended operations until further notice. In a statement released shortly after, the resort said: “Following the resignation of the upper management, middle management and both seasonal and year-round employees convened at the resort and were addressed by members of the Gunstock Area Commission, who attempted to assert a business-as-usual approach to the resort’s summer operations.

“Middle management at Gunstock unanimously decided to suspend operations in the adventure park, retail shop, and food and beverage temporarily, while staff recalibrates, and meetings are had to decide how to proceed with summer operations,” the statement continued.

In a separate statement, released minutes later, the GAC called the resignations “unsolicited and spontaneous,” and said, “In light of last night’s unprecedent actions, the GAC is developing plans to ensure Gunstock’s continued operations as seamlessly as possible.”

The Gunstock Area Commission is a 5-member board appointed by the Belknap County Delegation with the responsibility of managing Gunstock Mountain Resort as a financially independent, self-sustaining organization. Commissioners are appointed to a 5-year term. Not more than two of the members of the commission can be residents of the same municipality. At least one member must be an experienced skier and at least one member be experienced in the field of finance, banking, or accounting. 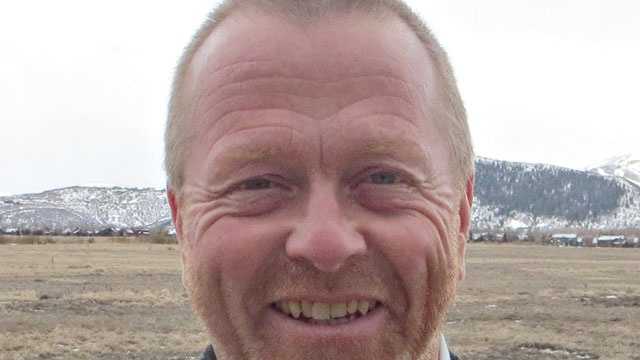 Gunstock president and general manager Tom Day (above) was the first to tender his resignation, saying, “I know there’s been discussion about what my role is and who does it. I had a great conversation … explaining to me that you guys [the GAC] are the boss; I understand that I answer to you, but it seems that there’s a lot more control on your side of it, so I feel my role here is diminished.”

In an interview after the meeting, Day described the mass resignation as the “nuclear option,” noting that the decision to resign at the meeting was not entirely premeditated but rather spurred by a change in seating arrangements at the meeting that placed Gunstock’s management in the audience instead of in their typical seats at the speakers’ table.

“The seats made it perfectly clear that their statement was ‘we run the ski area, you don’t’,” Day commented. “We were quite uncertain about resigning, then obviously we were going to have to raise our hands to speak and get to the speaker table.”

New Hampshire Governor Chris Sununu weighed in on the situation today in an open letter to the citizens of Belknap County. “Gunstock is truly one of the jewels of the lakes region, but what has been happening over the last year surrounding the Gunstock Area Commission’s inability and unwillingness to work collaboratively with the management team at Gunstock is deeply concerning,” he wrote.

“Yesterday, we witnessed the final straw, where the hardworking management team at Gunstock felt there was no viable path forward and submitted their resignations,” he added.

Sununu called out Mike Sylvia, Norm Silber, and Gregg Hough of the Belknap County Delegation and the remaining members of the GAC for having made bad decisions and losing the trust of the county. He added, “Until they are removed from their positions and replaced with good people who recognize the wonderful asset that Gunstock is, the County will continue to suffer.”

This afternoon I wrote an open letter to the citizens of Belknap County regarding Gunstock Mountain. Read the full letter below: pic.twitter.com/oRSb0W7DC5

The GAC has experienced significant turnover in the past year, after current commission chair Peter Ness faced allegations from the then-other commissioners, including Kiedaisch, that Ness had verbally harassed Gunstock staff and attempted to sell his snowsports instruction software to Gunstock in violation of the conflict-of-interest law in Gunstock’s enabling legislation.

In recent months, there had been contentious discussions between the GAC and Gunstock management over how to proceed with the ski area’s annual audit and who is “in charge” of the mountain (the commission or the management team). There are also ongoing concerns among the public that the GAC intends to privatize or lease the resort.

During a period of public comment at the resignation meeting, GAC commissioner Doug Lambert responded to criticism from the audience, saying, “We’re getting accused of micromanaging and driving people away, and what we are doing is we are doing our job,” according to In Depth NH.

Lambert suggested that previous commissioners had acted as “rubber stamps,” adding, “I see nothing wrong with asking questions. I have said over and over again and again, the improvements and the wonderful job that Tom Day has done (for example, Day has said his team increased the mountain’s revenue from $12 to $18 million), and I think other members of this commission have done the same thing. We recognize that, however, we are tasked to do a job, and that job involves understanding and questioning and ultimately, hopefully, supporting.”

Former commissioner Kiedaisch, an industry veteran who served as president of Stowe Mountain, Vt., in the 1990s, called out the other commissioners, exempting commissioner Jade Wood, saying, they “are so inept and unqualified to be in the positions they’re in that management sees they can’t get anything done with them.”

A non-public session to decide on the next steps for Gunstock followed the public comment period.

Of the team’s decision to resign Day commented, “All of them gave up their livelihoods. They have principles of integrity and respect, and those are things that are most important to have in your life. It was the worst thing that ever happened in my career. It’s so sad for Gunstock, and for the community, and for the employees. And obviously you don’t do something like that – I reiterated this probably enough – unless you needed to make people understand that the commission got to a point where it wasn’t reasonable for us to try to be management anymore.”