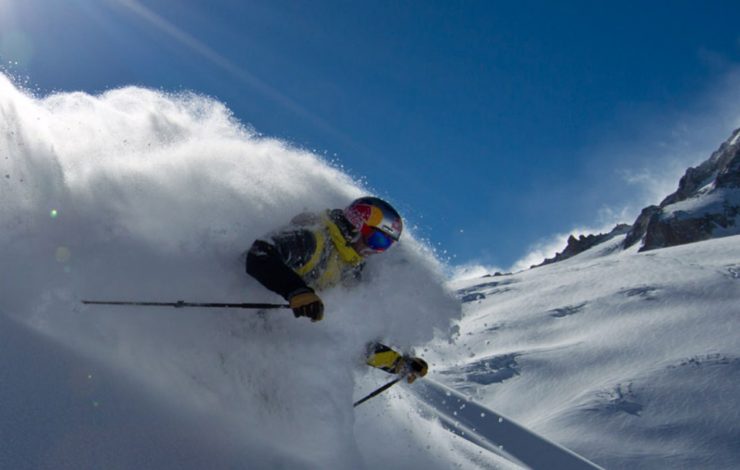 The U.S. Ski & Snowboard Hall of Fame has selected nine individuals for induction next March. The athletes and sport builders in the class of 2022 were selected by a national panel of voters.

“The Hall of Fame’s Class of 2022 represents some true luminaries who have achieved great success—not just for themselves, but in helping elevate our sports of skiing and snowboarding,” said Hall of Fame board chair Brian Fairbank, himself an honored member. “Our double induction at Big Sky Resort (Mont.) this March will be a wonderful way for our entire sport to celebrate their accomplishments.”

The Hall of Fame induction ceremony is held each year at a major national resort, with a subsequent enshrinement at the Hall in Ishpeming, Mich. The March 2023 ceremony at Big Sky Resort will be the first to feature a dual induction: In catching up following pandemic delays, the class of 2021 will be celebrated on Friday, March 24, 2023, and the class of 2022 will be inducted on Saturday, March 25.

Gwen Allard
A pioneering snowsports educator, Gwen Allard spent a half century focusing on helping others learn how to ski, with a particular focus on adaptive. She was one of the first to embrace adaptive education and went on to become a well-respected leader within the Professional Ski Instructors of America for her innovative teaching methodology and the ability to effectively communicate it to students and her perseverance in rallying the entire ski industry around adaptive sport. Now in her 80s, Allard continues to mentor others. She was named to the National Disabled Skiing Hall of Fame in 2001.

Tina Basich
An athlete in slopestyle and big-air snowboarding before it was in the Olympics, Tina Basich won X Games and U.S. Open titles and is acclaimed for leading her sport to higher levels with public-facing events like Boarding for Breast Cancer. During the 1990s, she was among the most visible riders in the new sport and was named TransWorld Snowboarding Rider of the Year. Basich was tenacious in growing her sport, pushing sponsors to create the first women’s pro snowboard and teaming with fellow rider Shannon Dunn-Downing to launch innovative women’s clothing brands such as Prom and Tuesday.

Gary Black
Gary Black’s stewardship of Ski Racing International magazine for more than three decades played a pivotal role in the growth of the sport. He gained global respect for his insightful coverage of ski racing and the active role he played with the International Ski Federation (FIS), using his editorial voice to seek positive change in the sport. He was honored in the past by U.S. Ski & Snowboard, FIS and the International Ski History Association. He died in 2017 after a short illness.

Shannon Dunn-Downing
A dominant force in the early days of snowboard competition, Shannon Dunn-Downing won an ISF World Championship title, back-to-back U.S. Open crowns and gold at the first X Games. She was the first American to win an Olympic snowboard medal in the 1998 debut in Nagano, Japan. A pioneer in her sport, she developed women’s pro snowboards first with Simms and then with Burton. Partnering with fellow Hall of Famer Tina Basich, she helped start Boarding for Breast Cancer as well as innovated women’s technical clothing with Prom and Tuesday.

Terry Kidwell
A legendary snowboard athlete who is respected in his sport as the “father of freestyle snowboarding,” Terry Kidwell won four halfpipe and three overall World Championship titles, dominating competition before the sport made its Olympic debut. His connection to snowboarding goes back to 1977 when he rode a friend’s waterski-adapted-to-snow at their Tahoe City, Calif., home. His passion grew, leading him to ultimately define the terrain, the equipment, and the style that still characterizes the sport today.

Alan “Rusty” Gregory
A passionate skier growing up in Southern California, Alan “Rusty” Gregory left an NFL career to work at Mammoth Mountain, moving up from a lift worker to ultimately become CEO and an owner of the resort. He went on to head up Alterra Mountain Company and played a pivotal role in its early growth and development of the Ikon Pass.

Kent Kreitler
A pioneer in the progression of his sport, Kent Kreitler is known as one of the most influential athletes in the early days of freeskiing. He was both a successful competitor and a big mountain filmer, with more than 100 first descents to his credit. He began his career as a competitive freestyle skier when an injury pushed him into filming, where he starred in countless TGR, Matchstick, and Warren Miller productions.

Phil McNichol
Phil McNichol led the U.S. Ski Team’s men’s alpine team during its most successful period in history, helping boost athletes like Bode Miller, Daron Rahlves, Ted Ligety and others to success at the World Cup, World Championships and Olympics. During his tenure, seven different athletes gained podium or medal finishes, with the men’s team twice finishing second in the Nations Cup standings. His teams had 98 World Cup podiums from 1996-2008.

CJ Mueller
One of the dominant Americans in the pioneering days of speed skiing, CJ Mueller was the first man internationally to eclipse 130 mph on skis and held three world records. In his career, he won three events and was a top-10 finisher in his sport’s Olympic demonstration event. Most of all, Mueller (nicknamed Crazy John, or CJ) was a pioneering voice for the sport at a critical period in the late 1980s, helping it in its formative years and boosting it into the 1992 Olympics, where he finished 10th.

Congratulations to all the inductees!