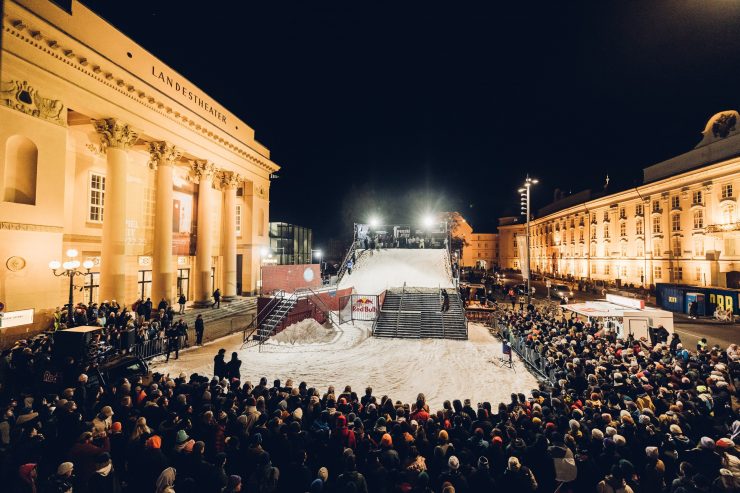 The Freeski Friday Session successfully kicked off the premiere edition of Snowfest Innsbruck in the heart of town. The world’s best freeskiers threw down the craziest tricks directly in front of Tiroler Landestheater in Innsbruck. Lots of spectators filled up the venue to watch the action-packed spectacle, providing great vibes all around.

The picturesque setting between the theater and the venerable Hofburg was an absolute novelty for the 30 freeskiers, who you usually find in the snow park on the mountain. Next to the young Austrian squad with Olympian Lauran Wallner, the list of riders was heavy. Olympic Champions, World Champions and X-Games Gold medalists from all over the world were among the riders hitting the progressive setup on the two-storey high ramp covered by recycled snow. Besides fame and glory riders earned cash during the session for their most creative and craziest tricks. Additionally, riders had the chance to win a sought-after Wildcard for Red Bull Playstreets in Bad Gastein in February 2023. 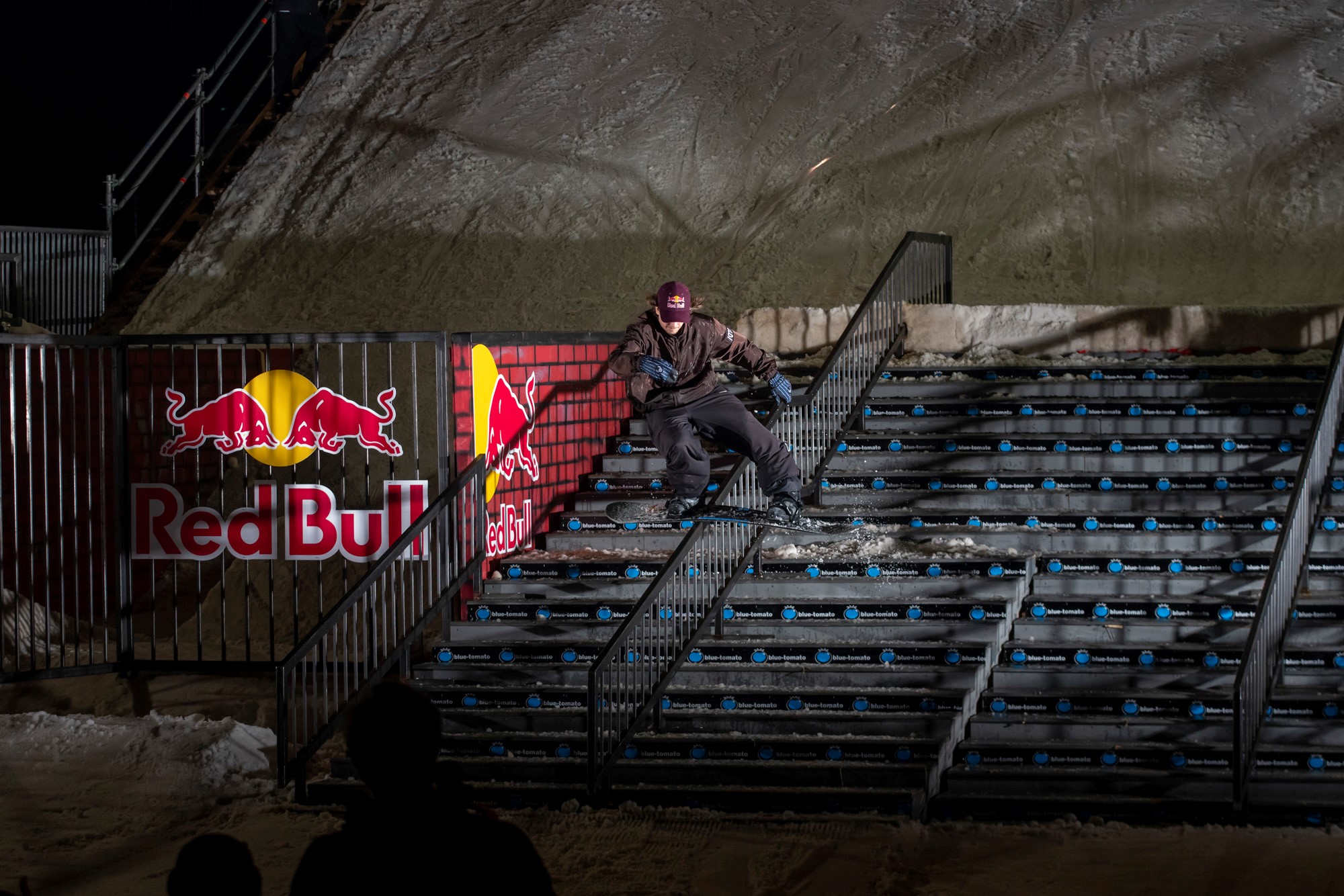 All participants convinced, but Max Moffatt (CAN) was the outstanding rider of the evening, stating: “Epic crowd, epic setup!” He had to pass when it comes to the Wild Card, as he did receive his invite already. That meant that Ryan Stevenson (USA) received the Wildcard as second-best rider of the session. He was overwhelmed: “This is a dream come true. Insane. Thank you, Innsbruck, thank you everybody who put on this event, thank you to the skiers, it was an insane vibe and I’m stoked to be a part of it.”

Former pro-skier Martin Misof, SnowFest co-organizer and Freeski Friday host this weekend, added: “An incredible evening, the best riders, the best tricks and the crowd was going off!” 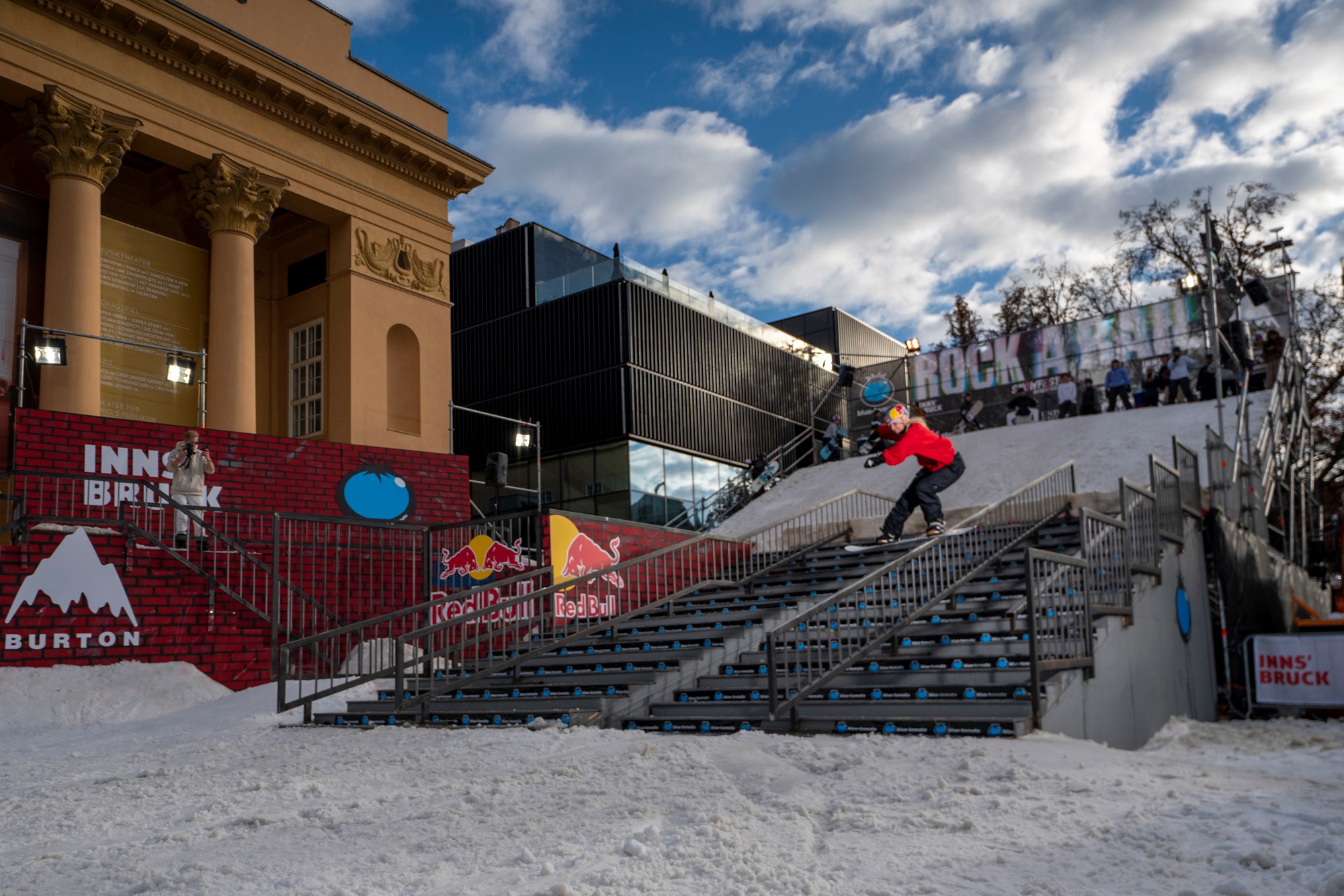 On Saturday the Freestyle mayhem continued with the snowboarders. Over 60 riders took over the ramp and celebrated the Innsbruck premiere of the Rock A Rail contest in front of a big crowd. Double Olympic Champion Anna Gasser and the US-American Benny Milam were the happy winners! The Winter Sports Village was visited by many visitors of all ages who enjoyed all the various sports activations onsite.

This was the successful SnowFest Innsbruck premiere! Organizers are aware of the current energy crisis and implemented energy-saving measures accordingly. The snow for the ramp came from resorts close by, from Axamer Lizum and Kühtai.