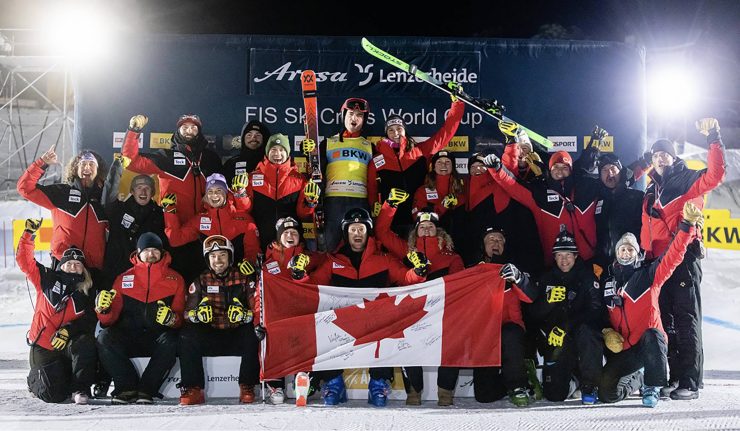 Under a bright moon and even brighter lights at the season’s only nighttime race, Marielle Thompson, Whistler, built on her consistent podium performances in Arosa. This is Thompson’s seventh podium in nine races in Arosa, and her fifth podium in her last six World Cup races dating back to last season.

“Feels great to be back on the podium,” said a pleased Thompson. “I had good, fast starts all day except in the final so hopefully I can bring some momentum to our next races in Innichen”.

“Found another gear today that I’ve been looking for,” said an excited Howden. “I really wish that I could’ve got the win but that’s ski cross. The energy is high at these night races. Tonight, had a big crowd, it was a lot of fun!”

Congratulations to Marielle Thompson and Reece Howden on their excellent race results!