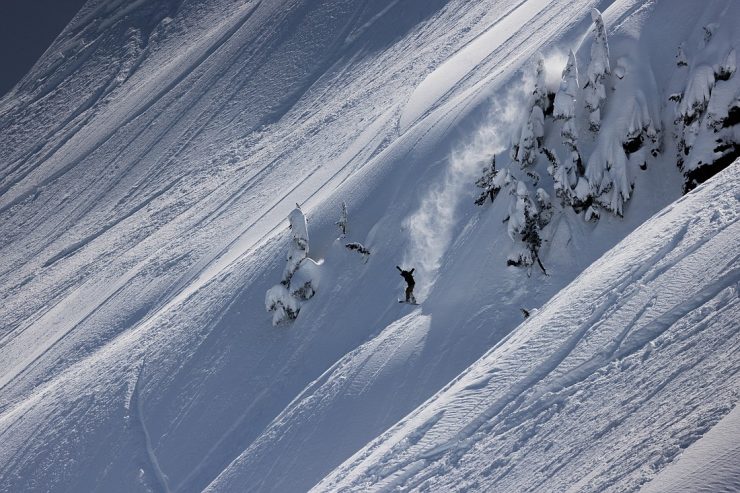 William Kamphausen of Bellingham appeared to be riding alone in the rarely frequented area, located to the north of Chair 1. Kamphausen, 44, was not reported missing to the Mount Baker ski patrol, Howat said.

A group of unassociated riders saw the tip of his snowboard sticking out of the snow around 11:15 a.m. They began rescue efforts and contacted the ski patrol, who responded to the scene immediately.

Kamphausen had been immersed in snow for an unknown amount of time and was unresponsive. Despite CPR and other medical measures, the responders and ski patrol team were unable to revive him, Howat said.

“Mount Baker puts out our heartfelt condolences to his friends and family for this loss, as well as to the Mount Baker community that he was a part of,” she said in an interview Sunday morning.

A suffocation accident can occur when a skier or snowboarder falls, usually headfirst, into a tree well or deep, loose snow, according to deepsnowsafety.org.

Howat said it was snowing heavily on Saturday, and the Mount Baker Ski Area has been in a “significant storm cycle for the past four days.” Most tree well or deep snow incidents happen during or just after large snow storms or storm cycles, the website states.

It’s always best to ride with others.

Baker Roots
If you’ve been to Mt. Baker, you might have discovered that this place is so much more than just a place to ski or snowboard. The mountains are rugged and beautiful, the snow is bountiful (oftentimes the most snowfall in the world is here), the trees are old and twisty and BIG. The people who work here and play here tend to feel like family – one big family and countless small families. Many people have put down roots at Mt. Baker. Some are deep roots that have grown over decades, others are brand new after their first visit.

Artists, photographers and filmmakers who celebrate this beautiful place and capture the magical feeling of skiing and snowboarding. Local companies who we work with to build and maintain the facilities and make unique, quality food and merchandise. Non-profit organizations who are working to break down financial and logistical barriers to provide snow sport opportunities and education to a wider range of people. Locals and other people who have had an impact on making the ski area what is today. Our crew, who we consider the best ski area operators in the world, from the first-year lifties to the 50-year veterans. And a history timeline of the area because the history here is deep. Mt. Baker Ski Area has been locally owned and operated since 1953, and there are many more stories from the decades and centuries prior.