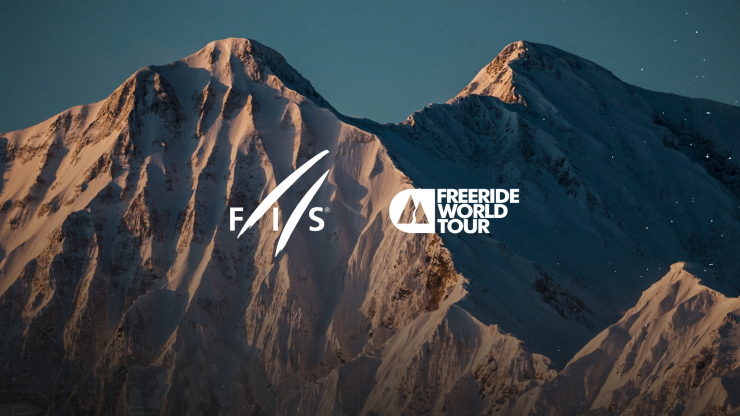 The Freeride World Tour (FWT) is making a milestone in its history thanks to the merger with the International Ski and Snowboard Federation (FIS), which is acquiring FWT properties. The two organizations will join forces starting from the 2022-2023 season.

By acquiring the FWT, FIS will further unite all the disciplines in skiing and snowboarding, giving them more strength and power to develop on the global stage.

FWT will continue to run the daily operations of the Tour, remaining committed to its core values of safety, performance, responsibility, inclusivity and fun. Moreover, the competition format, offering a fair path to every athlete, from grassroots to elite events, and the judging system, remain unchanged. FIS will place its focus on the marketing and governance of the FWT, instilling a structure that follows the guidelines of recognized Olympic sports. 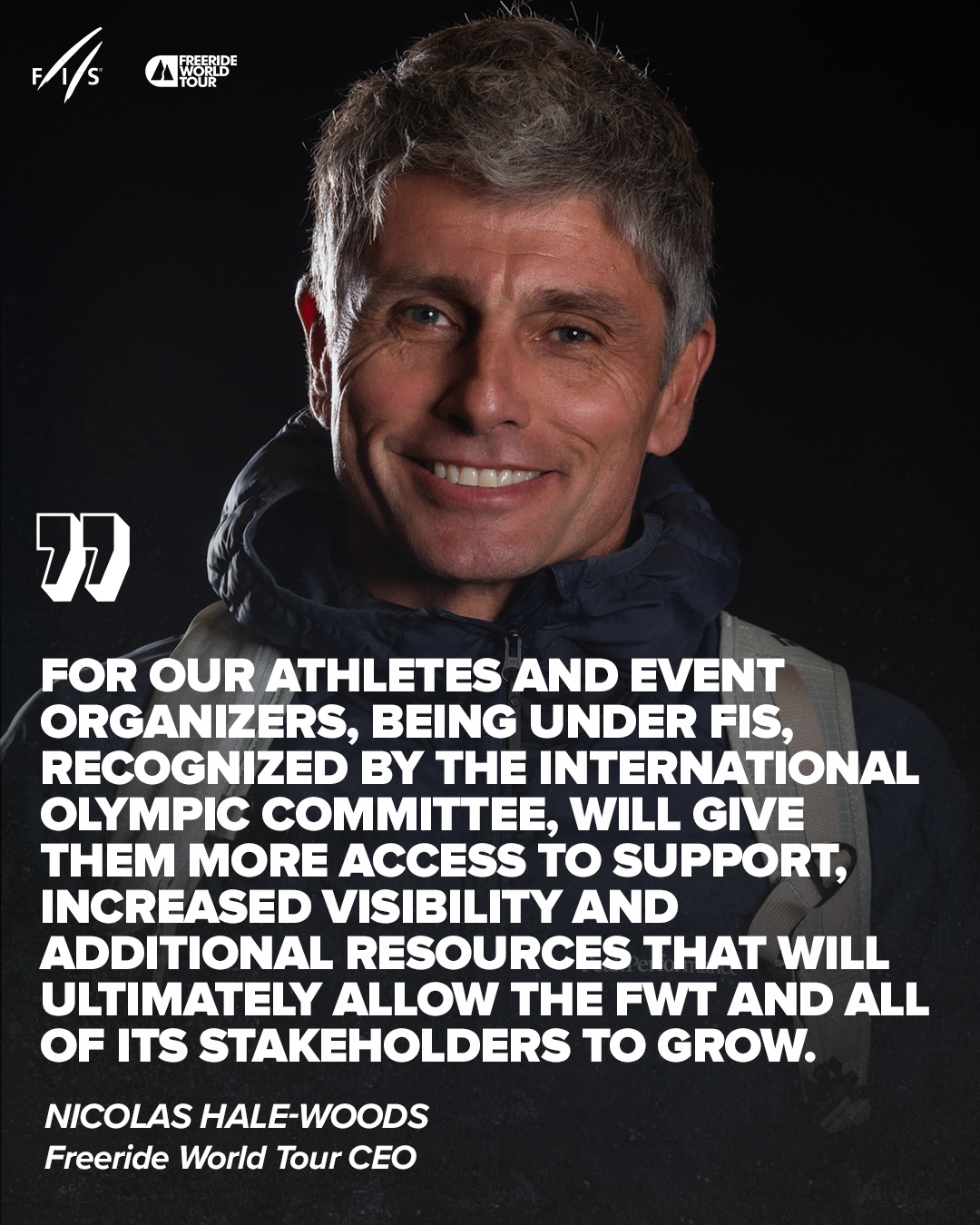 “We are thrilled to be joining forces with FIS,” said Nicolas Hale-Woods, FWT CEO. “For our freeride athletes and event organizers, being under the umbrella of the largest winter sports International Federation, recognized by the International Olympic Committee, will give them more access to support, increased visibility and additional resources that will ultimately allow the FWT and all of its stakeholders to grow.” 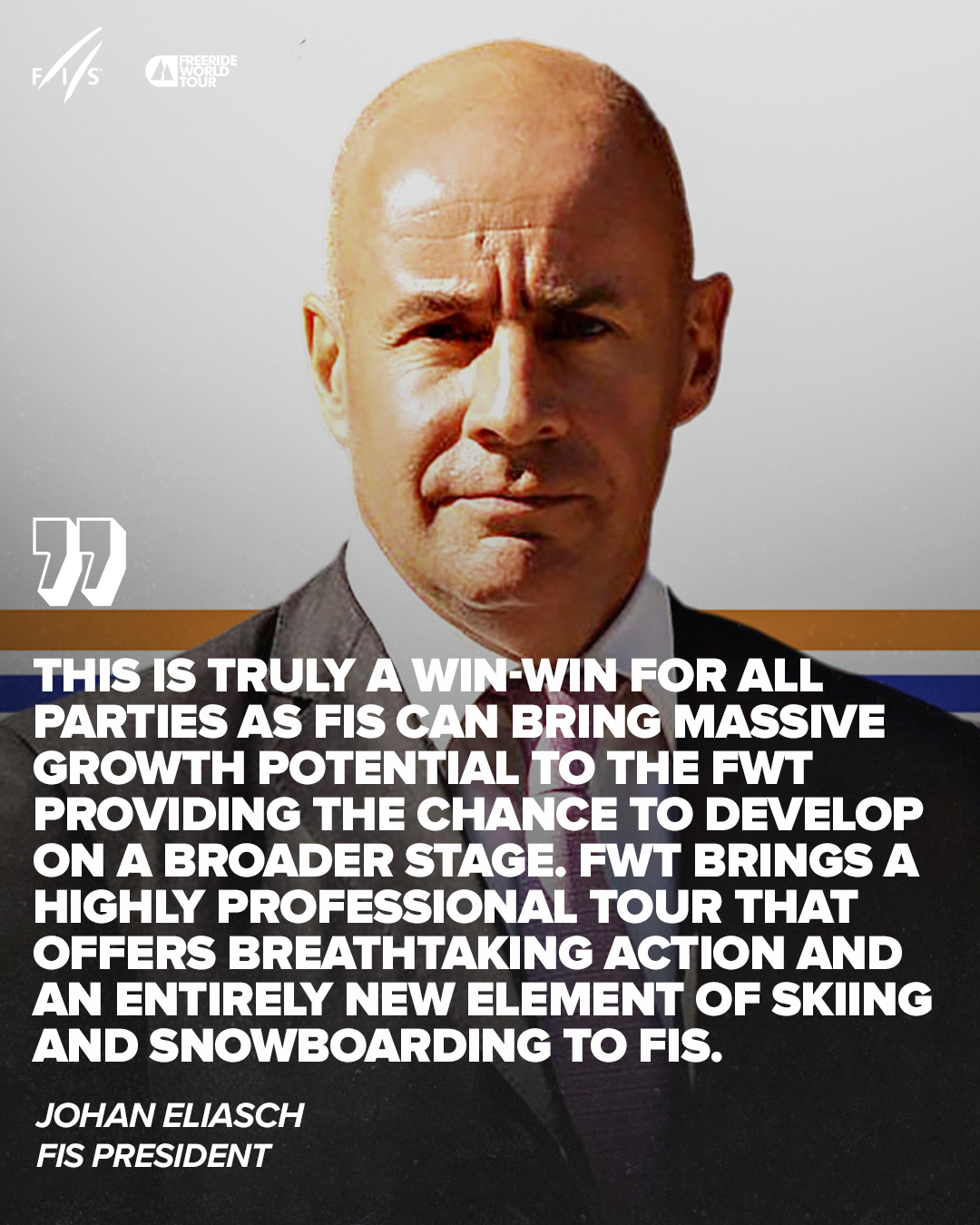 “The merger with FWT will see FIS add one of the most exciting, dynamic winter sports to its portfolio,” said Johan Eliasch, FIS President. “This is truly a win-win for all parties as FIS can bring massive growth potential to the FWT providing the chance to develop on a broader stage. FWT brings a highly professional tour that offers breathtaking action and an entirely new element of skiing and snowboarding to FIS.”

“I’m excited to hear the news that FWT will take the step and team up with FIS. Since I have been involved in both worlds, I think the two parties have a lot to learn from each other and become even stronger together. I think it’s a good opportunity for FWT to develop and take the next step. I would love to see it on an Olympic scene in the future. I believe the unique feeling and vibe around the freeride community will not change, because it is made by the people around it and their big passion for the sport, and this will remain the same.” —Mattias Hargin, Olympic Alpine Skier, FIS World Cup former athlete and 8th place at the Xtreme Verbier 2015

“Being a part of FWT and seeing the sport develop over so many years makes this feel like a natural next step to take. It will be interesting to see where it leads us and I think it will bring more recognition to the sport and all the benefits that will come with it.” —Reine Barkered, FWT Legend, 2012 FWT World Champion, 14 seasons under his belt

“I am really excited to hear the news and looking forward to seeing future opportunities for athletes competing in the world of Freeride!” —Jessica Hotter, FWT 2022 World Champion