The Ikon vs Epic Challenge 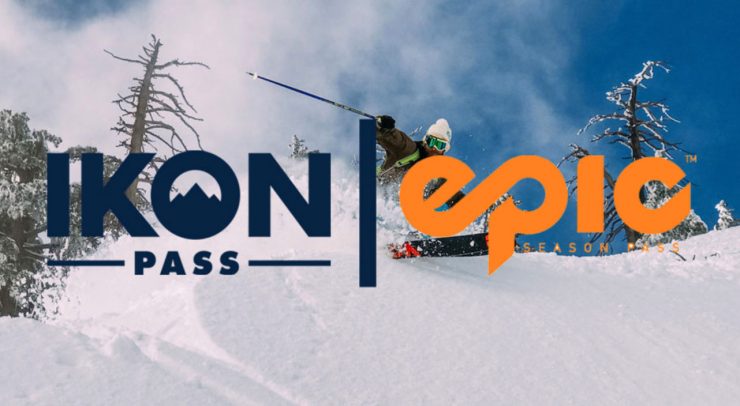 The Ikon vs Epic challenge exists for skiers attempting to understand what the actual offering is as the critical mass seeming build with each passing week! I know I’m confused–it’s like skiing in a white out!

Yesterday was again a busy day in the ongoing tit for tat between Alterra Mountain Company’s Ikon Pass and Vail Resorts’ Epic Pass. Earlier in the day, Alterra added NZSki and its three New Zealand resorts—Coronet Peak, The Remarkables, and Mt. Hutt—and Valle Nevado in Chile as partner destinations on its Ikon Pass. Shortly after, Vail Resorts revealed a new partnership with Les 3 Vallées in France and Skirama Dolomiti in Italy for its Epic Pass.

Ikon Pass holders will get a combined seven days of access to the three NZSki resorts, and Ikon Base Pass holders get five combined days in winter 2019. Access to Valle Nevado is seven and five days on each pass, respectively. There are no blackout dates at either destination. The Ikon Pass now includes varying levels of access to 38 destinations located in 12 U.S. states, four Canadian provinces, Australia, Japan, New Zealand, and Chile.

This isn’t the first time the two companies have seemingly answered each other’s moves in surprisingly short order.

Then in early September, less than three weeks after Vail Resorts closed on its acquisition of Stevens Pass, Alterra entered into an agreement to purchase Crystal Mountain Resort, located just three hours south of Stevens.

This most recent coinciding additions of partner resorts to each company’s flagship season pass product is further proof neither company has plans to rest on its laurels. It’s not a matter of if more resorts will be acquired or partnered with—it’s a matter of when.

We hope this helps clear the white out! Overall this is great for skiers, especially those who like to Ski The World!