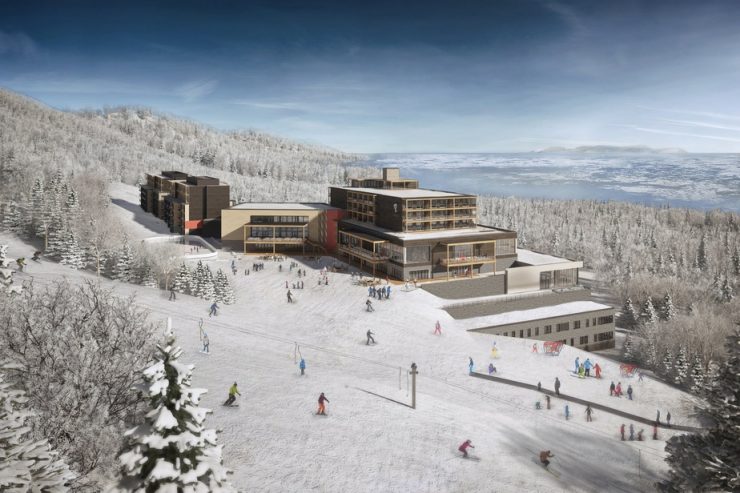 With plans for a second North American location at Utah’s Snowbasin solidified (with an expected opening in December 2024), the Le Massif Club Med could be the first nod to whether the European-embraced, all-inclusive mountain resort vacation is going to be the next big thing to boost the mountain sports industry.

This is a new market for North America, but Club Med believes the all-inclusive model will make mountain vacations in the region easier and more affordable. The Club Med resort will operate year-round as well, with summer and early fall expected as high seasons.

Club Med hopes its clientele won’t just be European Club Med folks looking for a new destination. Rather, it expects North Americans to come for a touch of European travel without having to cross the ocean.

It was Le Massif that first saw potential in the partnership, reaching out to the French-based company a full decade ago to suggest locating there. “They actually came to us first,” Carolyn Doyon, Club Med president and CEO, North America, told SAM.

Club Med was brainstorming the idea of returning to North America, and right away, said Doyon, Le Massif felt like the right fit. 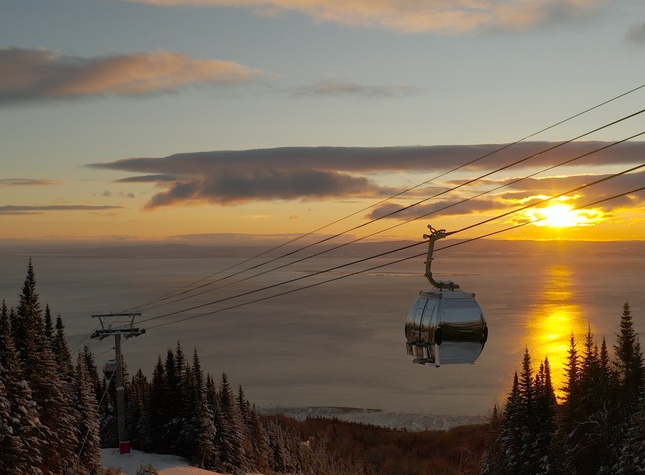 Some things to know as Club Med Quebec Charlevoix and Le Massif work through their first year:

Symbiotic operations. For now, Club Med guests tour the mountain and learn to ski and ride with Club Med-employed guides, all while the existing Le Massif operation—ticketing, lessons, food and beverage—runs as normal.

If they so desire, Le Massif skiers and riders accessing the resort via a regular day ticket or season pass can purchase a day pass to access the Club Med campus amenities.

The new campus is tucked into the resort profile and does not change the flow, vibe, or look of the mountain much, per Le Massif’s request.

The hotel sits near the base of Le Massif’s gondola rather than in the mountain base area. Architects were careful to make it blend—and while it has 302 rooms, restaurants, a spa, and other facilities, it’s situated in a non-invasive way just above the bank of the St. Lawrence River.

No jobs were lost. Doyon said no jobs were eliminated from Le Massif as a result of the project, and in fact, 350 new jobs were added directly and another 400 indirectly.

“Year round, this helps us with employment,” Quebec Prime Minister François Legault said. “Club Med can [retain] employees year-round,” he said, which is a huge employment boost to the region. Plus, he said, “high-end tourism can pay employees better.”

Regional impacts. Club Med listened to the community’s urging for it to not just be good to the environment and community, but to go above and beyond to help it thrive.

The company has made eco-conscious choices throughout construction and operation. All Club Med uniforms worn by staff are made from recycled water bottles, for example. A whopping 80 percent of all the food served there comes from Quebec, and 30 percent of it from a 60-mile area around the resort. And the facility is reaching to become BREEAM certified, a third-party certification that assesses an asset’s environmental, social, and economic sustainability performance.

Just as it is skiing Le Massif, Club Med Quebec Charlevoix is all about the views (and amenities).

Anticipating challenges. One challenge for the new Club Med offering is direct flights. Quebec Airport is smaller and has few daily flights direct from key U.S. cities. That said, Club Med said it is working on expanding flight offerings. The company also has comfortable Club Med lounges in some airports to ease any wait one may have.

It smooths out the visit in other ways, too, such as providing door-to-door transport between the airport and the resort, and offering free and easy Covid tests on site the day before departures home.

The local community is enthusiastic about Club Med’s arrival at Le Massif. “Thanks to Club Med, I have the ambition of the world discovering Charlevoix,” Le Massif founder, and now city mayor, Jean-Guy Bouchard said at the Dec. 3 opening ceremony of the new hotel.