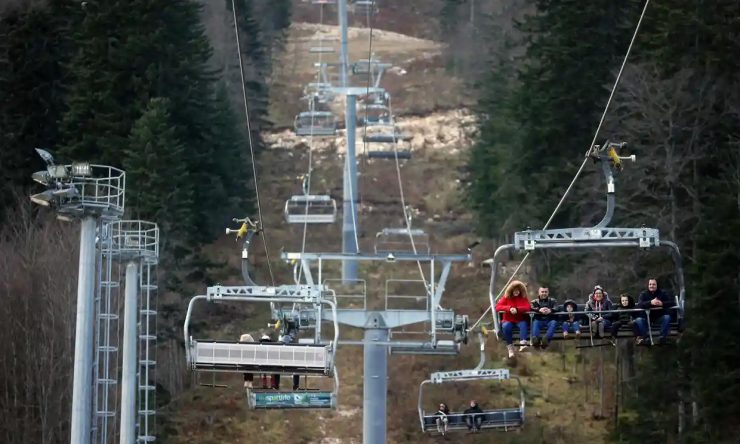 Record-breaking warmth has taken a toll on European mountain resorts over the holiday period and into the new year. Europe screen capture from the webcam at the top of Mont Chéry at Les Gets, France.

While the season began with cooler temps and mid-December snow in the Alps and elsewhere, rain and high temperatures were prevalent over the holidays.

Temps in Switzerland hit a record 68 degrees on New Year’s Day. Swiss resort Splügen, typically considered “snow safe” at 1,500 meters (~5,000 ft.), closed on Monday indefinitely due to a lack of snow, heavy rain, and high temps. Meanwhile, snowmaking is keeping resorts like Adelboden—scheduled to host a World Cup event this weekend—open despite snow loss over the holiday. 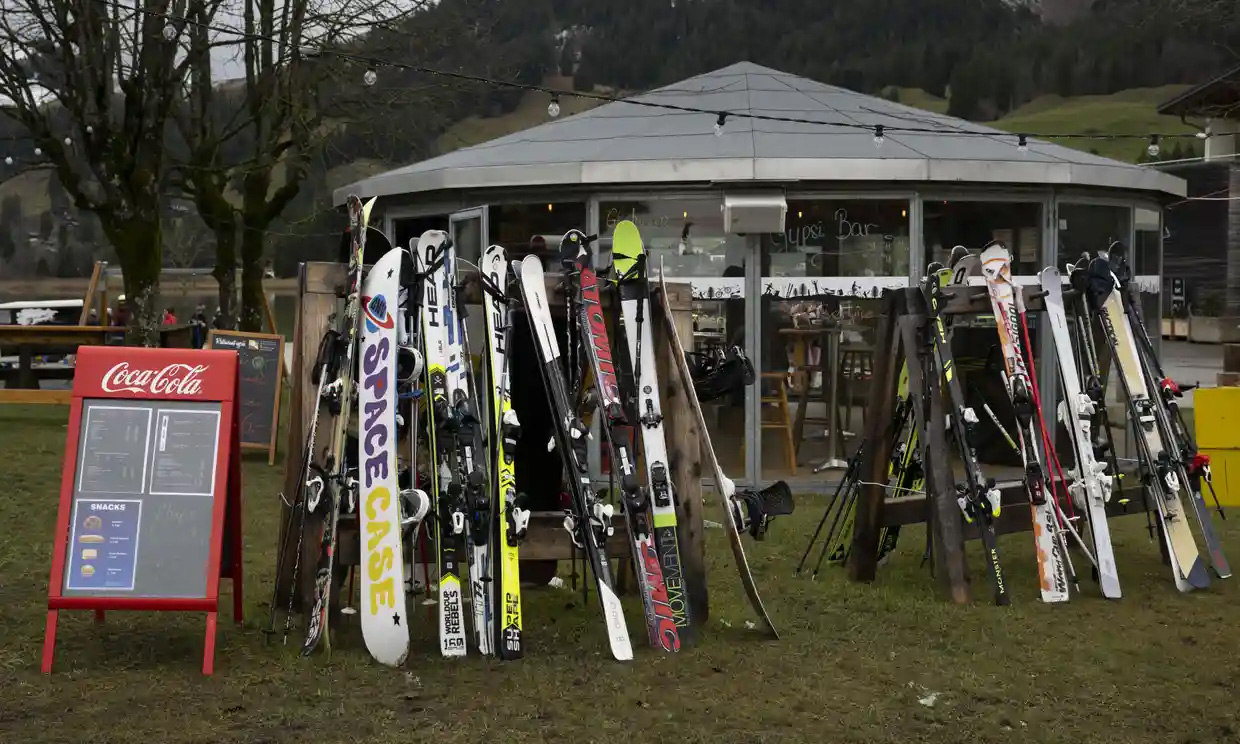 In France, snowfall was close to normal at higher-altitude resorts such as Val Thorens and Les Deux Alps, the latter of which was 100 percent booked over Christmas and New Year, according to The Guardian.

Below 7,000 feet and in the Pyrenees snow cover was thin, with resorts like Combloux and Samoëns operating only a handful of runs with manmade snow. Some, like Les Gets, have even opened their mountain bike trails in lieu of skiing and riding.

Only half of France’s 7,500 slopes were open over the holidays, Laurent Reynaud, director of Domaines Skiables de France, stated.

The situation was similar in the Spanish Pyrenees. Italy’s Dolomites, south of the Alps, fared better with more typical snowfall.

Looking ahead, heavy snowfall is forecast for this weekend, with roughly 8-16 inches expected above 1,800 m (~5,900 ft.) across much of the Alps and more than 20 inches in certain spots, particularly northern France.

“After another dry and mostly fine day tomorrow, the much-anticipated storm will hit the Alps on Sunday and/or Monday bringing snow to all regions in varying quantities,” said the alpine weather expert, Fraser Wilkin from weathertoski.co.uk on Friday 6th January.

“Between 20-40cm is expected above 1800m by the end of Monday across a wide swathe of the Alps, with 50cm+ in places, the heaviest snow generally likely to fall at altitude in the northern French Alps.

“The snow from this storm probably won’t be enough to get the lower areas of the north-western Alps that have lost most or all of their snow (e.g. Samoëns, Les Gets) back on track, but it’s a start.”

The key factor will be the temperature – determining whether it is rain or snow falling.