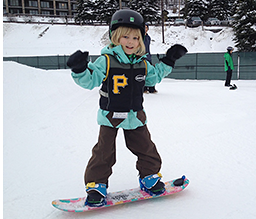 It was 40 years ago that Jake Burton Carpenter began testing his early snowboards at Stratton Mountain, Vt., and launched snowboarding’s love/hate affair with winter resorts. Ironically, it was resorts’ initial wariness of snowboarding that set Burton on a course that has made the company Jake founded one of the best partners winter resorts have known. 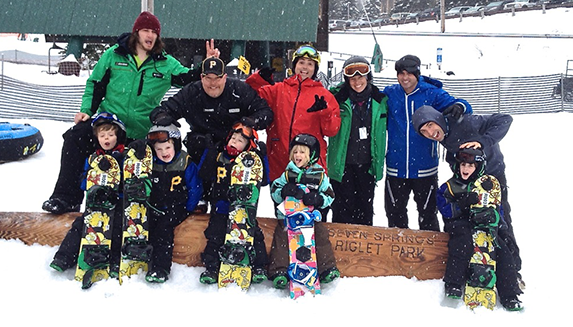 While snowboarders are still considered renegades and interlopers in some circles, in the late 1970s, they were aliens in the winter world. Snowboards were banned from the lifts at most ski areas worldwide. This strange, new aberration was viewed skeptically at best.

But Jake and a few others went resort to resort, making the case for acceptance. They rode with skiers and showed that this new invention, and the people who loved it, were not as threatening and dangerous as some resorts feared. Somewhere toward the end of the 1980s, snowboarding reached a tipping point: resorts by the dozens began opening the slopes to riders, and the number of snowboarders exploded.

Perhaps that long period of patiently working with resorts made Burton appreciate its partners to an unusual degree, because Burton continues to collaborate with resorts on a greater scale than just about any other equipment brand in snow sports. It has worked with its resort partners in a variety of ways to reduce the barriers of entry into snowboarding.

Consider: Burton saw a need to develop an easier way to introduce potential riders to the sport. So it developed the Learn to Ride (LTR) program, which includes specialized gear for beginners, with beveled bases to ease the potential of catching an edge. But it went further than just developing gear: Burton developed created an entire process of introducing newcomers to gear, and to the sport. It developed an educational and teaching methodology. Today, there are 195 resorts in 21 countries worldwide that serve as Burton LTR Centers.

Burton VP of global resorts Jeff Boliba remembers the beginning of LTR well. When he joined Park City Mountain Resort in 1996, the area was getting ready to welcome snowboarders for the first time that coming winter. While developingestablishing the snowboarding program at Park City, Boliba saw the need for better learning gear, and found Burton a willing partner in developing it. He joined the company in 2000 to help develop the resort products and programs and take them worldwide.

Still, most resorts avoided teaching snowboarding to kids before the age of 6. That irked Boliba, who started his own kids on a board at the age of 2. Since 2000, Boliba has been working with Burton’s product development team to create the smallest line of kids snowboarding gear in the world.

The biggest barrier to entry for kids was knocked down in 2009, when Burton launched the Riglet program: a kid-sized board, boot and binding system designed to help kids snowboard easier and faster. Shorter, easy-flexing boards and smaller-sized, easy-entry boots and bindings for kids as small as a children’s size 7 were, and are, the key components. To make it easier to introduce these kidslittle riders, Burton developed the Riglet Reel (for towing tots) and the Riglet Park. There are now 45 Riglet resorts in five countries.

This commitment to youth has expanded to include a variety of other learning aids, such as the Handle Bar and Hover Cover, in addition to the Riglet board itself. More recently, Burton launched burtonriglet.com, a website dedicated to educating parents about how to get kids started in a life of riding.

Terrain-based learning has been another significant Burton contribution to winter sports. While instructors have always used terrain as a means of teaching different aspects of skiing and riding, Burton was the first to use specifically shaped terrain to introduce newcomers to the basic sensations of sliding on snow. It teamed up with Northstar Resort in 2008 to create the first-ever Burton Snowboard Academy. Terrain Based Learning was the cornerstone of this high-touch, guest-focused program, which had the ambitious goal of 100 percent retention. After pioneering the concept, Burton teamed with Snow Operating to make the system more accessible to resorts and potential downhillers, both skiers and riders.

Of course, Burton also paid attention to core riders, who were the foundation of the company. Many of those core riders got their start jibbing off trees, stumps, and other natural obstacles between the trails at resorts. To celebrate and continue that tradition—in a slightly more controlled and organized fashion—Burton teamed with resorts in 2006 to create natural-feature “Stash Parks.”

And to help keep the sport fresh and focused on its future, Burton has maintained a vast team of professional riders who have pushed the progression of the sport, from terrain parks to the backcountry. That roster of athletes helped the company’s campaign to include snowboarding in the Olympics, where the sport now boasts several marquee events.

Snowboarding, and Burton, still retain their renegade nature. The senior management team at Burton recently updated its future “trail map,” and “protect the culture, sport, and environment” remains one of the map’s main routes. The company also aims to give back by giving underserved youth a chance to experience the sideways sports culture: it is the largest donor to Chill, a program that has introduced nearly 20,000 underserved youth to riding and other board sports.

Perhaps because of its outsider mentality, Burton has proven to be a valuable partner for winter resorts. The company knows how to play well with the Establishment, even as it refuses to become part of it. This probably explains why it is so able to imagine solutions to problems that flummox the industry at large.

“I would like to thank all of our partner resorts who have been helping us through the years by pushing innovation and for having the willingness to take smart risks as the sport continues to evolve,” said Boliba.

We can hardly wait to see what the company comes up with during the next 40 years. 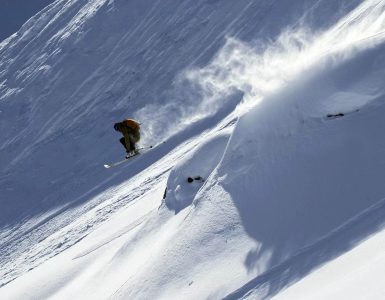 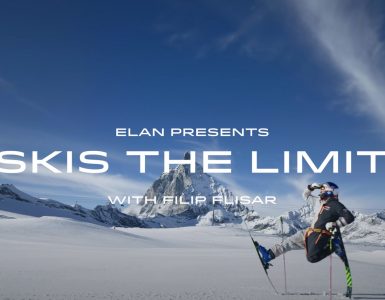 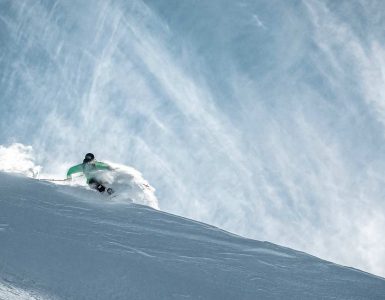 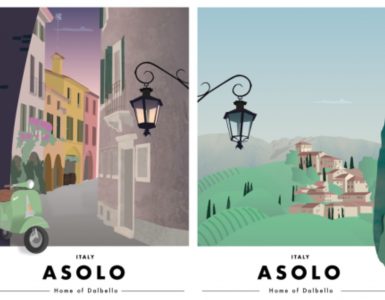